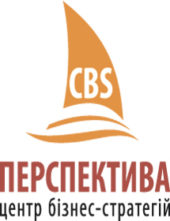 Director of the group of insurance companies «Illichivska»

To overcome the crisis, one should correctly balance its revenues and expenses, i.e. one should conduct a fair and profitable business.

At the current stage the Compulsory MTPL market in Ukraine is on the threshold of major changes. In recent years the market participants have done a great job in terms of drafting amendments to the Law of Ukraine on Compulsory MTPL. The draft contains all the necessary regulatory support for implementation of the major innovations needed for the normal, transparent market operation, in particular, the introduction of e-policy and direct claim settlement.

In addition, the importance of client services quality under Compulsory MTPL insurance contracts has increased in the overall assessment of insurers’ operations. This fact was reflected in the new procedure for monitoring insurers — members of the Motor (Transport) Insurance Bureau of Ukraine (MTIBU). The proportion of claims settlement quality indicators (which characterizes the efficiency of insurance claims settlement), and the relative number of complaints from victims and insureds on the operations of an insurance company, has increased significantly within the framework of the above procedure.

In order to determine how effectively the monitoring displays the accumulation of problems in an insurance company, the method of research of the market leaders in Compulsory MTPL was used in this article. The method is based on benchmarking and analysis of financial performance of low profitable and, at the same time, mass products of the Ukrainian market. Namely, such products as Voluntary Medical Insurance (VMI), Motor Own Damage Insurance (MOD) and Compulsory MTPL Insurance.

Comparing Q1 2015 and the entire 2014 (Table 1 and Table 2), we see a trend of increase in the unprofitable sector under the three key products (Compulsory MTPL + VMI + MOD) from 5 to 8. At the same time, the number of companies that have chosen to conduct profitable sales of Compulsory MTPL as their strategy does not change significantly in Q1 2015.